This page was almost called: Google embarrasses itself

So why do they think it’s acceptable to have search results that are sometimes woefully inadequate?

It’s not for lack of finance to do a better job of it.

Google (supposedly) want people to have a good experience when searching, and yet allow so much crap to pollute the results.

An example of Google allowing outdated content to rank 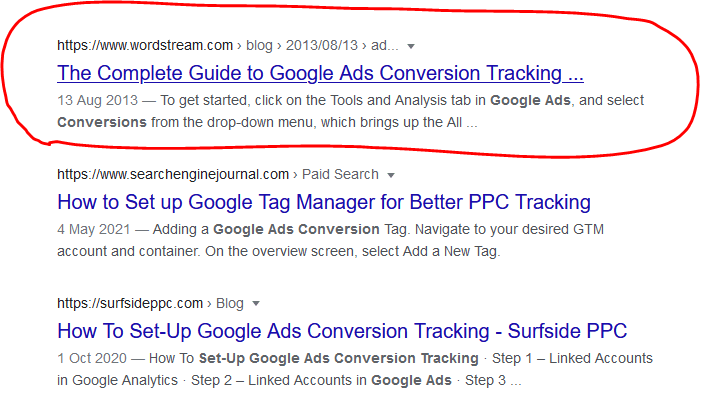 Notice how that page (https://www.wordstream.com/blog/ws/2013/08/13/adwords-conversion-tracking-guide) is dated 13 Aug 2013 and it’s ranked higher than much newer content.

Now take a look at part of the page that you click through to: 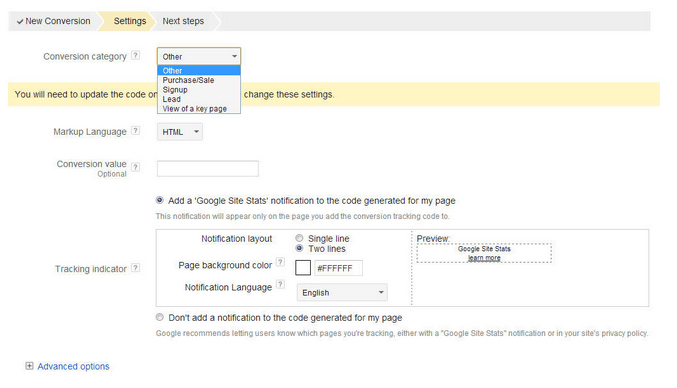 That, and everything else on that page is SO out of date!

Much of what appears in that page doesn’t even exist in that format anymore.

That’s backed up by the various comments people make after the article, including

When you look at the page, you can see that Wordstream have updated the date in an attempt to fool Google:

And it clearly works (when it shouldn’t) – we’ve been following that page for some time and periodically all they do is update the date.

Nothing else on the page appears to have been updated and the page is basically useless.

In fact, it’s of no use at all and the content that appears below it in the Google listings provides more value.

Google allowing itself to be fooled

This is an example of where Google embarrasses itself by being fooled into allowing outdated content to be highly visible when people are looking for answers.

In short, Google are wasting the time of those people who start looking through that content thinking that it’ll give them what they need …

… which, in theory, goes against what Google wants to be happening (good quality search results) because it creates a bad impression.

Worse than that, it proves how shamefully poor Google’s ranking algorithm is, if it allows that to go on.

Where, for example is there something near to that search result, allowing people to flag up the content as being irrelevant/outdated?

We can understand why Google don’t want searchers to be flagging things up that are wrong – they’d worry about being flooded by people trying to engineer some content out of its positioning.

But they’d have nothing to worry about if they had a ‘Report this page’ function that was set up in a way that enabled their tech to compile and compare submissions before it finds its way to a human checker.

Google would say that they can’t possibly check all pages for accuracy/relevance.

That’s true, but the compromise would be to give people the ability to help them clear up the mess.

All that’s needed is to let people report pages and when more than a few have reported the same thing, and the Google tech has done the basic comparisons, only then would it go to a human checker.

This is only one example of junk in Google data of course, but there are many others we’ve seen and will continue to see, so we may update this page ongoing.  Also, please do contact us if you have any examples you’d like us to look at and add here.

How to maximise results from outbound sales calls